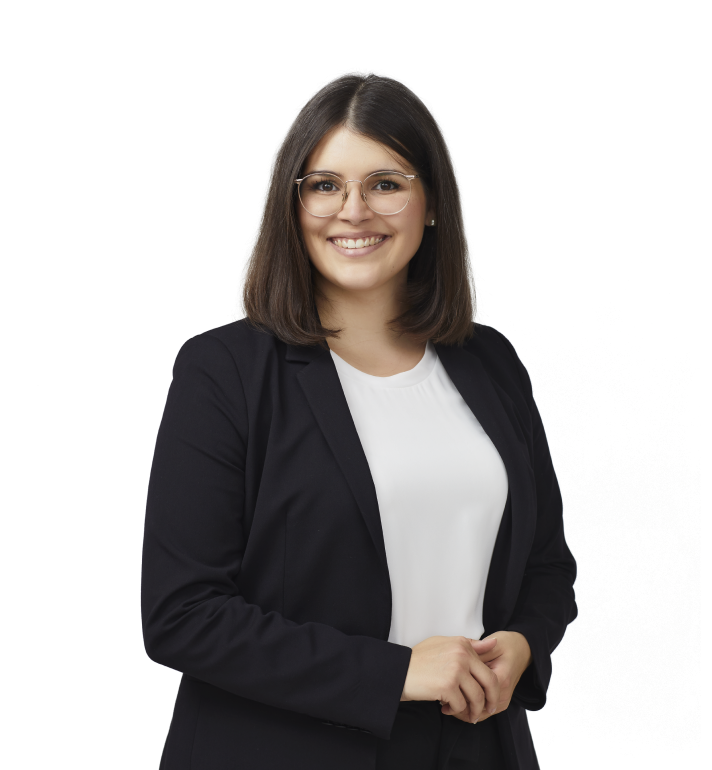 Élise joined Novalex after starting her career with the litigation team of a large law firm in Quebec.

Élise practices with our civil and commercial litigation group. She represents and advises companies and individuals in various litigation matters, including construction, civil liability and real estate. She also acted for clients in extraordinary recourses and in administrative law. This led her to appear before Quebec courts as well as before administrative and arbitration tribunals.

Attentive to her clients and their respective circumstances, Élise seeks to provide solutions and support tailored to their individual needs.

Élise is fluent in French and English, and has a practical knowledge of Spanish.

“Success is liking yourself, liking what you do, and liking how you do it.”

ACTED for a syndicate of co-owners in a product liability action;

PARTICIPATED in the representation of a landlord in an arbitration to determine the terms of the renewal of a commercial lease;

DEFENDED small business owners sued by a contractor for full payment while the construction work agreed upon had not been completed;

ACTED for a contractor following the abusive termination of a construction contract;

ACTED for a software developer seeking a Norwich order to obtain the IP addresses of individuals accessing its intellectual property illegally;

ACTED for a software developer seeking an Anton Piller order to seize and preserve the evidence of illegal access to its intellectual property;

DEFENDED an Indigenous economic development corporation sued by a company claiming the existence of a business partnership;

DEFENDED an individual regarding the respect of an agricultural lease following a farm transfer;

DRAFTED the factums of an Indigenous party in support of its representations before the National Inquiry into Missing and Murdered Indigenous Women and Girls and the Public Inquiry Commission on relations between Indigenous Peoples and certain public services in Québec.

Member of the Young Bar of Montreal